How You Play the Game

Taking the first step to gamified learning can seem overwhelming, especially if you are the type of teacher who likes to create everything from scratch. There are a number of apps and online platforms that already exist as gamified learning environments and others that are not designed as games but lend themselves well to gamification.

First let’s look at the distinction between game-based learning and gamification: gamification, as its name implies, refers to making a learning experience more like a game. Game-based learning is learning that happens within a game. In both cases, it’s important to note that if you are going to take the time to incorporate gaming into your classroom, you should try to go beyond the classic ‘quiz game’ in which students memorize facts and earn points by regurgitating them. While these games can build excitement, they generally focus on the least meaningful type of learning (memorization) and they reward and celebrate the top students, who already know the material. Instead, games are more effective as a tool to drive instruction and create an environment in which each student is incentivized to develop skills according to her individual needs.

Game-Based Learning is the use of a game to drive instruction. There are plenty of low and high-tech versions. Some game-based learning merely involves identifying learning standards that a game addresses. For example, students playing Battleship are developing their understanding of plotting points using coordinates, so with a little creativity, you could create a lesson that connects playing Battleship to the standards, such as the 5th Grade Common Core geometry standard. MIT and ZeroRobotics have created a version of Battleship that uses an xy coordinate graph rather than the classic number-letter system.

Other educational games actually create an environment that is designed to help guide students, step-by-step through the development of a skill-set. These include games like LightBot and DragonBox Algebra (available in 5+ and 12+ versions). Both of these games allow for personalized, differentiated learning. In LightBot, students create a series of instructions to guide a robot through a maze – to succeed, students must use spatial and sequential reasoning, problem solving, and trouble-shooting skills. The skills a student develops in this game are most easily applied to coding (computer programming), but I have also found it helpful in developing a problem-solving mindset (iteration, troubleshooting) that is very helpful in solving math problems, particularly those that involve multiple steps.

DragonBox is one of the most creative educational apps I’ve seen. The game starts with a dragon in a box who ‘wants to be alone.’ Students earn a series of ‘powers’ that allow them to ‘isolate’ the box from other elements. Many of my students have told me that the game “isn’t math, it’s just fun,” which seems to be just what the designers intended. As students reach higher levels, it gradually looks more and more like Algebra, and by the time students learn the symbology, they have already become familiar with concepts such as balancing equations, opposite operations, and the distributive property.

Whereas game-based learning involves a game being played within a course of study, gamified learning tends to be more about creating a course or a classroom environment that includes principals of gaming. The games I’ve described above, while great for self-paced learning and increasing engagement, do not contain a teacher dashboard, so it can be hard to monitor student effort and progress or to align them with grades or performance objectives.

In next week’s post, I’ll share the personal journey I took in gamifying my 5th grade math classroom. While I didn’t set out to gamify my class, as I monitored and adjusted the way I used Khan Academy with my students, I eventually ended up with a gamified class. I’ll share each of the stages I went through in this process and why I took the steps that I did.

GET YOUR FREE QUICK-START GUIDE

How would you introduce gaming into your classroom? Do you think it would be easier to gamify learning or to incorporate game-based learning? Which do you believe would be (or have you found to be) more effective? Get in touch! 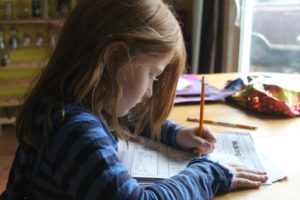 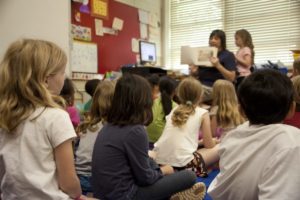 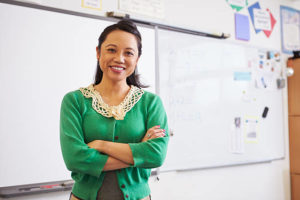 The 3 Pillars of Effective Teaching: Heart, Hands, and Head

Looking for a simple way to identify effective teaching? Consider how you (or your team) are performing in each of these three critical domains.