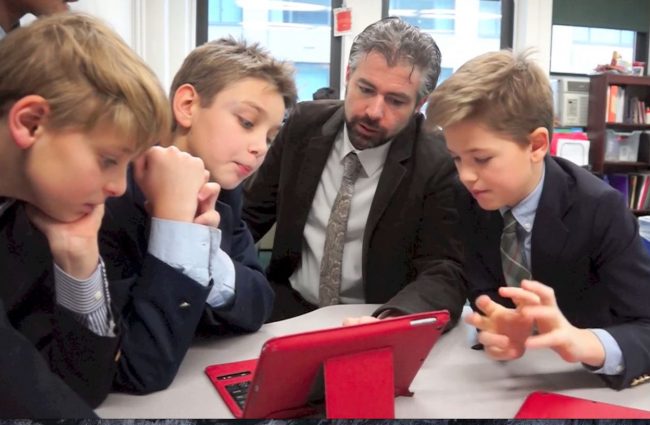 Yes, Technology CAN Support Collaboration in the Classroom

It is hard to deny that technology is playing an increasing role in the classroom. Some educators and parents have concerns about negative impacts of technology, including screen time and the isolating effects of smartphones and other devices. Even proponents usually describe technology supporting traditional classroom models: a teacher making a lesson interactive by using an animated slideshow or showing a video; students taking a self-graded quiz or submitting homework electronically. Technology is not just for teacher-directed work or independent practice. Here is how to combine technology and collaboration in the classroom, and even support collaboration among teachers and parents.

In a previous post, I described how the needs of my students led me to begin using a Blended Learning approach to teaching math and I recounted the initial encouraging result. In another, I described extending the use of the online platform (Khan Academy) to personalize instruction and replace our math textbook. I also shared the significant impact this change had on standardized test scores.  As my approach to Personalized Learning evolved, I discovered opportunities to incorporate group work and project-based learning. This led to the development of the 3-Bridges Design for Learning, balancing the digital approach with the human side of education.

Perhaps the most significant advantage that Khan Academy has afforded me has been the ability to create leveled groupings within my math class. While it was important to reduce the time I spent grading homework and classwork, and it was informative to have data visualizations of my students’ progress through the course content, unless that data influenced my teaching, it served little purpose. In addition, giving students individualized homework assignments was a nice treat, but unless these assignments corresponded to the work we were doing in class, the impact would be limited.

Once I had some experience with the platform and sufficient data about the abilities of individual students, I was able to create leveled groupings that roughly corresponded to student grade levels. While leveled groupings are not a revolutionary concept, being able to combine information from our online platform, standardized test scores, and my own observations made the grouping decisions quite reliable. In addition, since I was constantly receiving new information, the groupings were dynamic, and as students progressed, the groupings were adjusted to reflect their differing rates of progress.

Enabling students to learn new topics with their peers created an entirely new classroom environment that helped them to build Social Emotional skills while learning math. In fact, when students first began working in groups, most of the coaching support I provided was geared toward helping them develop good collaborative processes. As they developed their abilities to communicate effectively and work as teams, the rate at which they learned new math concepts was greatly increased. On average, whether they were starting the year above or behind grade-level, most students completed the rough equivalent of two years of math content.

One of my biggest regrets in implementing a gamified approach to learning was that I waited so long to invite parents into the classroom. Many of my peers were shocked that I would consider inviting parents into a full classroom, but I couldn’t imagine any real downside. I asked my principal for permission, just to be on the safe side, and fortunately he fully supported the idea.

Once parents began visiting,  the change was like night and day. Up until then, I felt like I was always playing catch-up in communicating to parents the purpose and the methods of a blended learning/gamified approach. I spoke about it on parents night, wrote about it in the course syllabus, and sent home e-mails explaining the changes. Still, I was regularly having hour-long phone calls with parents to explain the changes. Most of these chats went really well, and once parents were convinced that I wasn’t just using computers to avoid teaching their children, even some of the biggest skeptics came around. Still, there simply wasn’t enough time to win over every parent with this approach, and many of these conversations were taking place too late in the year.

I created an online schedule using the appointments feature built into Google Calendar and parents could sign up to visit a class during which students were using Khan Academy for small-group, inquiry-based learning. I explained up front that they were not going to be witnessing a lecture and that I would not be available to talk (especially about their child!), but that I would be doing what I normally did during such a class. That meant circulating from table to table, either to observe or to jump in when students were struggling, or sometimes to review incoming data from the work students were completing. 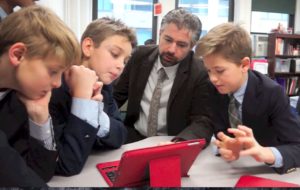 I didn’t have to say much or do much, because they could easily see the culture of mathematical inquiry that had been established in the class. Students were asking and answering each other’s questions, helping each other stay on task, and most were communicating about math in a way that was quite sophisticated. I made sure to fill the role of coach/facilitator so that it would be clear the visitors were there to observe the work the students were doing and not to observe me. The feedback I (and my principal) received was overwhelmingly positive – one parent was so impressed that he asked me how to spread this approach throughout the school, and even offered to sponsor our summer blended learning workshop to help make it happen.

I was also fortunate to work at a school that believed in and supported technology integration. The tech integration that was happening at Browning was being shared in our publications to parents and alumni, in the school’s tech blog, and at school events. We even had a talented digital communications expert on staff who captured classroom footage and interviewed teachers, created professional quality videos, such as this one to document the work we were doing and to share it with the community. Without the support of the school’s communication staff, it would not have been possible to do the type of innovation that made technology integration so effective.

Having parent support is an essential part of any curricular or pedagogical change, and I strongly recommend having a proactive approach when implementing changes in your school. While it is helpful to have administrators and faculty members on board, I have found that if parents are supportive of your objectives, they can be instrumental in helping you to win the support of the rest of the school community, particularly your students!

Despite the successes of these skill-based programs, I think the real real value add of the gamified approach has been the fact that blended learning has afforded me the planning time and instructional time to go beyond traditional curricula. I established a routine whereby we worked in our Khan groups two out of every four days. Because of the efficiency of allowing students to work at their own levels, they made more progress within the traditional curriculum in just half the time. It also freed me up to be more creative during the remaining days, confident that we could complete enrichment activities without falling behind on content.

My favorite enrichment activity was the creation of visual model videos using Explain Everything and iMovie. I emphasized the importance of understanding the meaning of numbers (especially fractions and decimals) and the meaning of operations. Watching a student visually demonstrate something like “four divided by one-half” was very useful in assessing whether they had grasped the concept rather than simply memorized an algorithm. With the additional class time, I had students animate and narrate visual models of equations which we then watched as a class.

I also encouraged advanced students to explore a math topic of interest to them (such as ‘The Meaning of Zero’ or ‘Price to Earnings Ratios’) which they researched and presented to the class. Finally, we used some of our non-Khan time to play math games, participate in more structured explorations, and even conduct traditional assessments. (Because it’s possible for students to receive ‘help’ when completing Khan activities at home, it was important to have a number of ways to measure student achievement.)

What do you think?

I’ve tried to share as much of my journey as possible, but clearly there is a lot I’ve had to leave out. If you choose to pursue a gamified approach in your school, I imagine you will encounter many of the challenges and successes I did, as well as many I have not. I hope this 3 part journal will help you get started or to continue work you are already doing. I’d love to hear about your experiences. Whether you are new to gamified learning, an old hand, or a parent who is experiencing gamified learning with your child, please get in touch and share your thoughts! 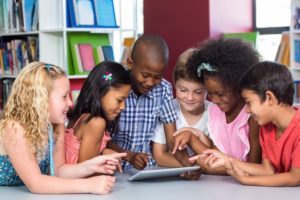 Which Math Site is Best for Adaptive Learning?

You’re probably looking for the best adaptive learning site for the best price. But it’s really about finding the right fit for you and your students.

Managing Teacher Workload: How to Do More in Less Time

Teacher workload has reached crisis levels: half of teachers report levels of stress that interfere with health, sleep, and the quality of their work. 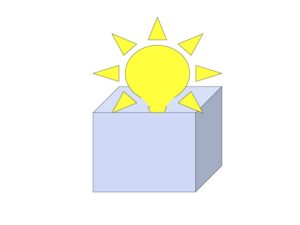 Creative Constraints and Preparing for School After COVID

Returning to school after COVID means addressing the challenges created by the pandemic, as well as taking advantage of the opportunities it presents.

Save your seat in an upcoming session, or schedule a Custom workshop for your school