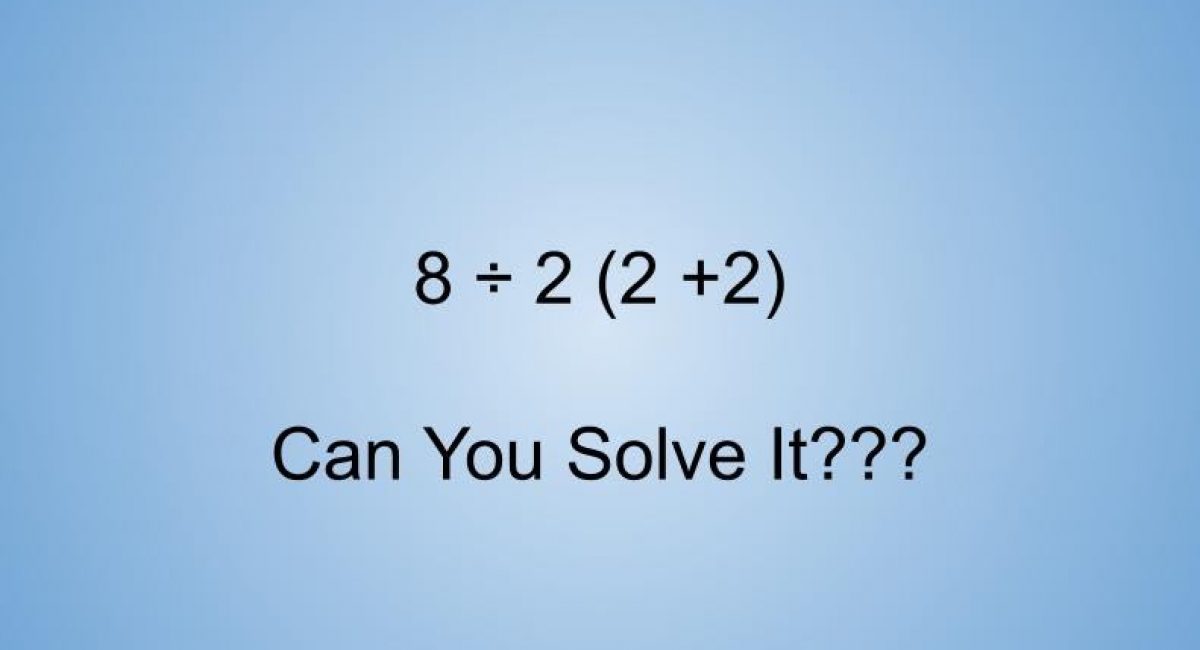 Math is a Language: How Social Media Proved It

Recently, a viral math meme established, once and for all, that math is a language. And a nuanced once, at that.

Where it started is anyone’s guess. But soon, people around the world were debating the solution to to 8 ÷ 2 (2 +2). Some say it simplifies to 16. Others insist it’s 1.

Both sides had detailed arguments to back up their calculations. But as it turned out, both sides were wrong. (At least in thinking there is only one answer). The expression was deliberately designed to exploit loopholes in our mathematical conventions.

At first, I wrote it off as just another example of social media nonsense. A distraction from all the productive or rewarding things I could be doing with my time.

After all, the best minds in math education have been decrying our fixation with “answer-getting” for years. So why should we debate which set of rules get us the “right answer?”

But soon I noticed some really smart mathematicians jumping into the fray. Steven Strogatz, a math professor at Cornell penned a New York Times article on the topic. Spoiler alert: he came up with 16. Then, a few weeks later, he wrote a follow-up article, in which he seems to admit that 1 could also be an acceptable solution.

Eventually, I realized the true math lesson wasn’t whether the answer was 1 or 16. The real lesson was the debate itself. What did it say about mathematical truths and conventions? What does it tell us about the language of math?

If Math is a Language, PEMDAS is Google Translate

When you think about it, Google Translate is a pretty amazing tool. It allows you to get really close to communicating in another language. I can’t imagine my honeymoon in Vietnam without it. As my wife and I made our way from Saigon to Hanoi, we used G-Translate to read signs, ask for directions, and make sure we had some idea of what we were ordering at restaurants. We even used it to teach Gin Rummy to our bunkmate on an overnight train. 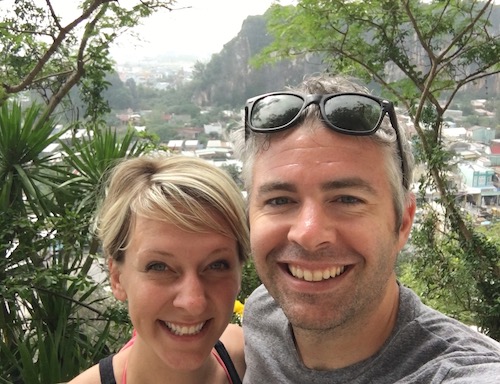 But despite these successes, my wife and I would never claim that we speak Vietnamese. Getting by is not the same as fluency. PEMDAS is an oversimplification of the language of math. It’s easy to remember. It works by following a few simple steps.

But as the sign below demonstrates, the easy way isn’t always the most reliable. 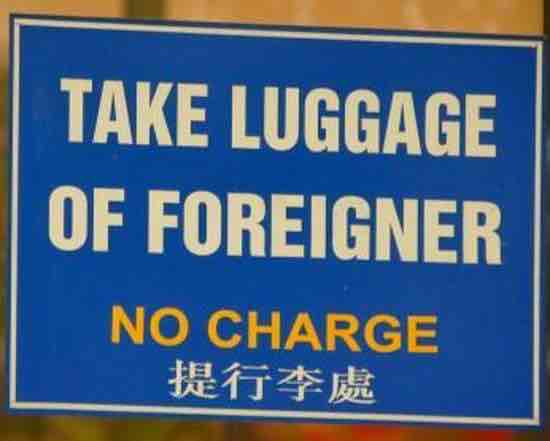 Before we go into other ways to think about this problem, let’s look at the two main arguments for finding an answer.

According to the most common argument, PEMDAS demands that the answer is 16. We are told to start with (P)arenthesis and skip (E)xponents (there are none). Next, (M)ultiplication and (D)ivision are equal – so we work left to right. (A)ddition and (S)ubtraction don’t apply, as the addition is in parenthesis.

Argument 2: The Answer is 1

I’m not going to lie. Deep down, I feel like 1 is the right answer. But the reason has nothing to do with order of operations. (More on that later).

Still, there is a PEMDAS argument to be made for this side as well. Actually, two arguments.

The first is that the obelus (÷) was originally designed to work like a fraction. Using fraction bars to show division came centuries before use of the obelus. In fact, the International Organization for Standardization says the obelus is not to be used for division. In a fraction, we divide everything above the bar by everything below the bar. It’s as if there’s an invisible grouping symbol around everything in the denominator. Might the same be true for everything to the right of an obelus?

The other argument is that the parentheses applies to numbers inside, and to those adjacent. Therefore, the 2 outside the parentheses should be distributed over the 2+2 inside before you can divide.

But Isn’t Math Based on Pure, Eternal Truths?

If it is, how are we even having a debate about a relatively simple calculation? The reality is that math is also about how we communicate those truths.

A mathematical truth is a discovery. When Pythagoras discovered that the sum of the squares of two sides in a right triangle equals the square of the hypotenuse, it wasn’t put to a vote. There wasn’t a council that all agreed we would use A2 + B2 = C2. He observed an eternal fact about the nature of right triangles. If no one can disprove it, it becomes an accepted theorem.

A mathematical convention has no inherent truth to it. It’s just something everyone agrees upon. These conventions are still important. The idea that the symbol ‘8’ represents the quantity ‘eight’ is a convention.

Conventions have no real place in eternal truths. But they are essential for a language.

So, like English, math is a language that allows us to communicate about things that exist in the real world. Or things we can imagine.

For language to have meaning, we all need to agree that the word ‘bear’ refers to that thing that chased us through the woods. But if we chose to call it a ‘puffball’ it would still be just as deadly. So the convention doesn’t change the truth. Over time, conventions change. We realize that not all bears are the same. Some are brown, some polar, and so on.

In the same way, PEMDAS doesn’t change the reality of math. It’s a system that provided a handy way to teach the order of operations to children. But many, including the National Council of Teachers of Mathematics have been addressing the limitations of PEMDAS for quite some time. 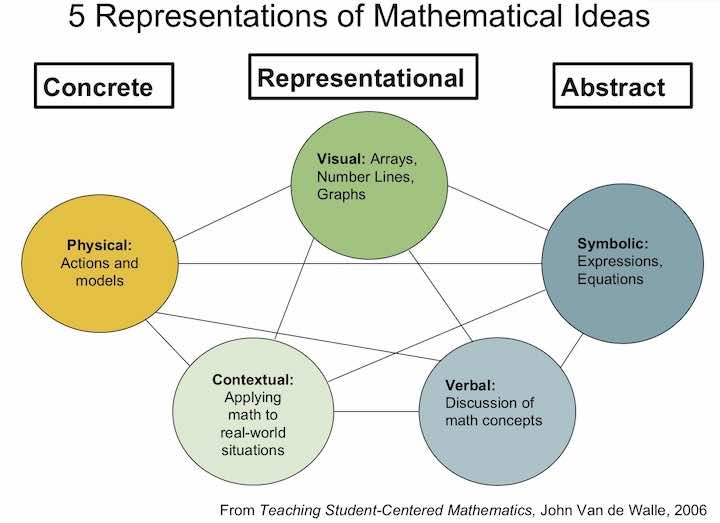 As we train our next generation of mathematical thinkers, they need to understand this. Perhaps the best sign of mathematical fluency is the ability to translate from one representation to another.

The Math Behind the Language

So when we come up short on determining whether the expression equals 1 or 16, it helps to look at the problem from a different angle. 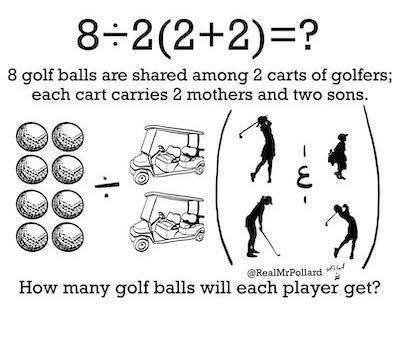 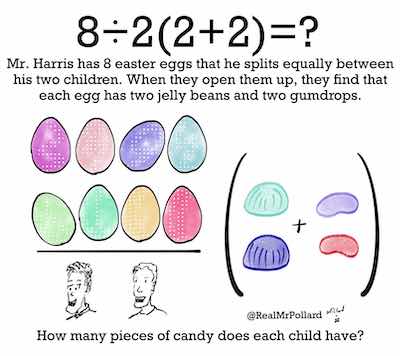 And while most people who used PEMDAS came up with 16, it was almost impossible to create a real world scenario where this was the answer. In what situation would you divide something by four, and then multiply the result by 2+2?

I eventually suggested an example where a mother splits 8 easter eggs between her two sons. Inside each egg are two jelly beans and two gum drops. Each boy ends up with 16 pieces of candy. Michael was kind enough to illustrate my example as well.

That example works. Kind of. But isn’t it much more reasonable to imagine that 8 golf balls are split among two golf carts, where each cart holds two mothers and two sons? In this scenario, each player gets one ball.

Are variables numbers? The answer, of course, is ‘yes.’ So if variables are numbers, don’t the rules that apply to variables also apply to other numbers?

I recently saw a version of the viral expression in a facebook group for math teachers. This time, we were asked to divide 12 by ‘3y.’ Even a PEMDAS purist has to admit that we are dividing by the quantity 3y. We aren’t working left to right. The simplified version of the expression is 4 ÷ y.

So if we simplify before substituting -2 for y, we get -2. But if we substitute first and follow PEMDAS, we get -8.

Instead of teaching PEMDAS, I teach my students number sentence proofs. Not only are these more interesting than memorizing a list of rules, they give students the chance to think deeply about the meaning and purpose of expressions and equations.

So what does this whole episode prove? It proves that we need to stop relying so heavily on PEMDAS.

But even more importantly, it shows us that we can make math puns.

A pun is a joke that exploits the loopholes of language. “A man walks into a bar. Ouch!”

A bar can mean a counter where drinks are served. Or it can mean a long metal rod. The joke rests on getting us to assume one meaning, before quickly switching to another.

So finally, like all good languages, math has puns. The clever creator of this expression found a loophole in the language of math. They set us up to follow the rules. But they proved that maybe the rules don’t always make sense.

The only question now is, which matters more to math teachers?

Interested in more ways to help your students enjoy learning while developing deep understanding? You’ll find stories and strategies like this one in our weekly Educator’s Newsletter.

You can also join innovative educators from around the world in our Facebook community. We’re dedicated to bringing creativity, collaboration, and conceptual learning to every student, in every classroom. 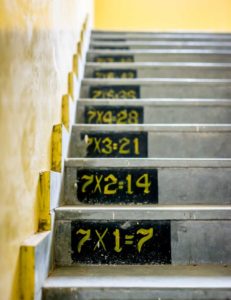 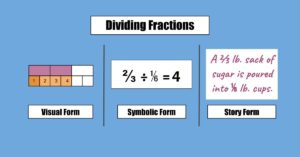 Learn visual models and other strategies for fraction division to help your students go beyond keep-change-flip and build conceptual understanding.